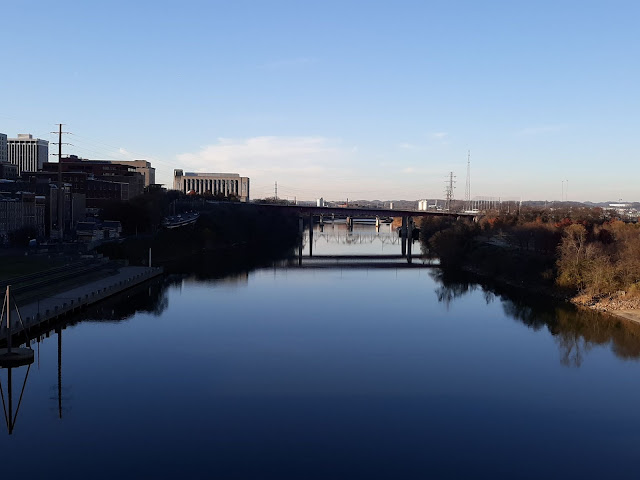 It's been three months since I moved to Nashville, and I can honestly I have never been happier. Moving here was a pretty quick decision, but I'm glad to say it was one of those "when you know, you know" situations and not a, "wow I really jumped the gun on that" one. I've settled into my quaint little apartment, have started to make some close friends, and feel that this is somewhere that I'll be able to call home for many years to come.

That said, I've stayed off the blog - purposely - for many reasons until now. The past few months, as you know, have brought nothing but turmoil for the United States and - by extension - the entire world. Politics have governed our daily conversations. Arguments over masks and injections and the motivation of our leaders have taken the place of once friendly and intellectual discussions. The weeks leading up to the election and all of those since were frustrating in so many ways, and the pandemic, the riots, the explosion right here in Nashville on Christmas, and the censorship have brought our society to a level of - discomfort? uncertainty? frustration? - that it has never been seen before. Being someone who used to very frequently publish online, its not something that you can easily ignore as you continue to post about daily life and discoveries. It is, unavoidably, the bull in the China shop.

I have no interest in writing about politics. So that's enough of that. I've said what I will, and all is said and done. I don't like arguing and losing relationships with friends and family members over something we have nearly no control over. It is time to move on.

So back to this normal, non-political post. At the risk of rambling, I thought today I would just do a quick catch-up post and talk about some goals for the coming year. Short and sweet, and a kick off to the many posts to come that I have in mind. 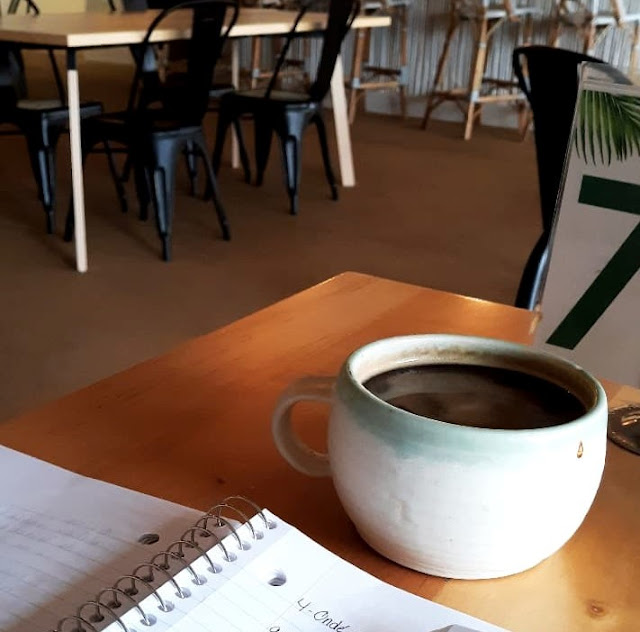 1. Level up in Portuguese

Fun fact: I love learning languages. It started with French in 2007 (we had to pick a language to study for two years in high school), then German in 2010, and Spanish in 2012. I'm glad to report that I've gotten to use all three in work and travel, though I will say that French will always hold the top spot in my heart. So when I heard my company was starting to look at Brazil as a potentially growing market, I decided to jump on Portuguese (the national language). I started last year and as a very close language to Spanish, I've found it's coming very quickly and easily. Additionally, one of the next international trips I want to take is to do a coffee plantation tour in Colombia and Brazil, so it would be a useful language to know!

2. Cut down on alcohol

(Cue every reader in Nashville chuckling under their breath.) I get it - it's a very boozy city. If you go out on a weekend, you're likely getting cocktails or seltzers or beer at a brewery, and I'm notorious for having wine at home throughout the week. To be totally transparent, I've gained about 5-7 lbs since I moved here just a few months ago. Which may not sound like much, but I'm 5'5" with a small frame, and I can feel it. So we're going to attempt to cut down and see what happens.

2020 was a very expensive year. I moved - twice! - giving Uhaul a grand total of roughly $1000 between the two, and had to buy out of my lease in Michigan before moving down to Tennessee. Then in Tennessee, the start-up costs of a new apartment, new driver's license, new car title and registration...it added up quickly. Throw in the (two) trips to Nashville during the summer to decide if I was moving here or not, a new tire, a flight back to Michigan to go get my car after driving the Uhaul here in the first place, and you get the small void that has taken the place of my savings. I'm excited to see what I can do in 2021 to start trending in the right direction.

Last year, I told myself that I was going to read one book per month, having just gotten a new library card at the local library. Then the pandemic hit, and as I had maybe two of the twelve books on my list, that goal quickly fell to the wayside. I'm not setting any specific goal, just willing myself to spend more time reading than staring at a tv screen in the evenings. First up, 1984 by George Orwell. (Just over halfway through as I'm posting this and I'd highly recommend it. Maybe a book review to come?)

I'm terrible at following any kind of schedule. The only routinely set hours I have are at work, but even there I sometimes log on in the evenings or on weekends depending on the workload. My sleep schedule is totally non-existent (I average about five hours/night. NOT enough). Blogging will not happen - I know this already - if I don't schedule it into my week, and even going to the gym just happens when it fits in. The plan is to get myself in the habit of scheduling one week at a time (since every week is different) and stick to it. That will allow me to do more, write/blog more, and feel more accomplished (and well-rested) by the end of the week.

I'll try to remember to do a sort of mid-year check-in on these, but that's all for now! Even writing this post on goals for 2021, I'm excited for the year to unroll and [hopefully] put last year to shame. I hope you've all had a great year so far, and we'll chat again soon!