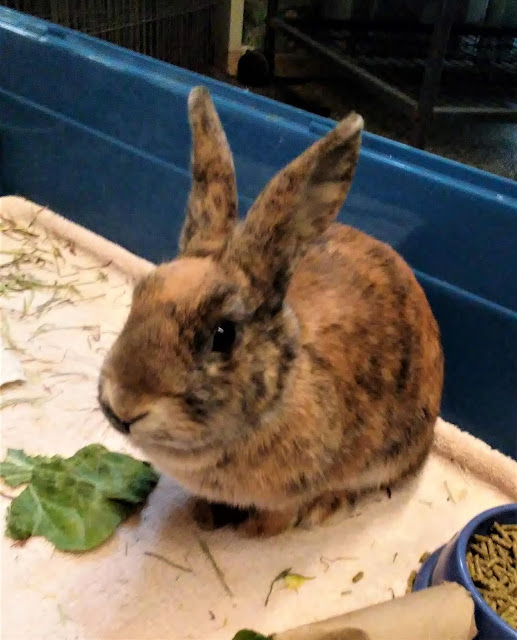 I have always been an animal person. Ever since I was three months old, my family has had an animal of some sort. We got Heidi (a Golden Retriever/Cocker Spaniel mix) a few months after I was born. I had a guinea pig for nearly four years when I was in elementary school. Of course I had fish at one point. I even spent the majority of elementary and high school hoping to become a vet! (It wasn't until I shadowed an aunt of mine who is a vet that I learned that wasn't for me: one 'exploratory surgery' and a de-clawing of a kitten completely turned me off to the idea.) Even once Heidi passed away, my parents rescued Coco (an Australian Cattle Dog mix) and I fell in love with her. What can I say, I just love animals! 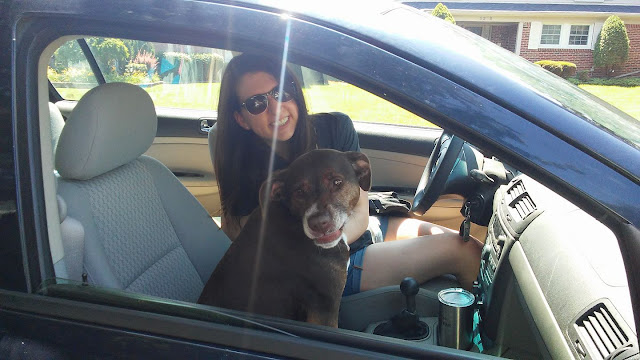 A few years ago, I thought I was ready for a dog of my own. I had graduated from college, had a well-paying job, and my landlord was flexible on the pet policy. I went to the Michigan Humane Society adopted Ginger, a spunky American Terrier-Australian Cattle Dog mix who seemed to be a great fit. But after a month...not so much. She had a ton of energy, and crate training when I was gone for 11 hours a day wasn't working. I would wake up at 5am, take her for a run, leave for work at 7:15am (put Ginger in her crate), and get home shortly after 6pm. Then I'd spend the entire evening with Ginger, taking her for at least two more walks and cuddling with her. But it wasn't enough. She was highly energetic and needed to live with a family with a yard and kids. I lived on the 3rd floor of an apartment building. I cried the day I gave her up and have had a serious aversion to pets of my own ever since.


That was just over two years ago. Since then, I've moved, changed jobs, and come to live an entirely different lifestyle in which my commute is under 20 minutes and I can come home at lunch if I really need. So in the past few months, coming home day after day to an empty apartment and spending the majority of my free time alone, I've been reconsidering. I knew I couldn't get a dog (my current apartment complex doesn't allow it) and I'm allergic to cats, so I had to think of some other type of pet. It had to be one I could leave alone for 8 or 9 hours a day, but would have enough time for in the mornings and evenings. I didn't want another guinea pig (they were so stinky!) and hamsters were too small. So...after much research, I decided on a rabbit.


I've been keeping an eye on the Michigan Humane Society's website for rabbits, and was planning to adopt one mid-February. But this past Thursday I checked the website and there they were: three 6-month-old Holland Lop/Netherland Dwarf mix rabbits, unbonded (I'll explain) and ready to be adopted. I called the Humane Society, scheduled a visit, and was on my way by lunchtime! 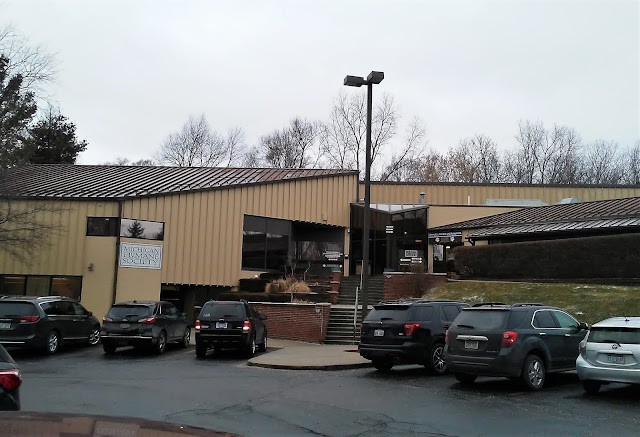 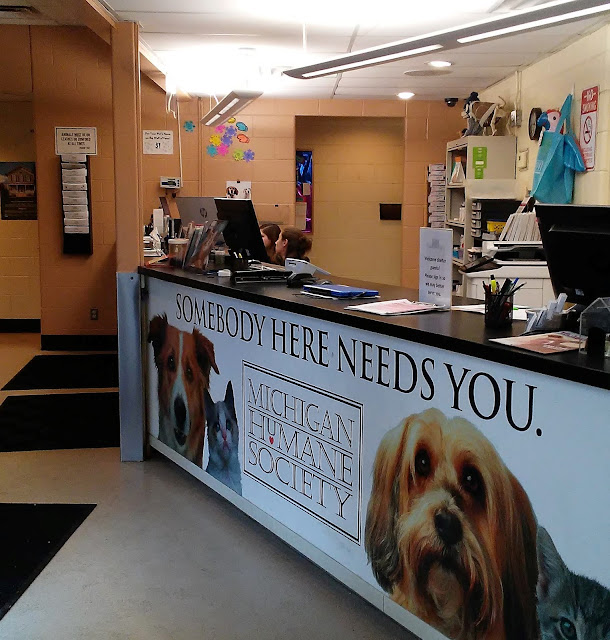 Joey, Georgina, and Jackie were the three 6-month-old rabbits that had been recently brought in from a hoarding situation. They were calico, black and white (long-haired), and fawn-colored, respectively. I watched them hop around, and even got to hold Joey for a bit while talking to the caretakers about their history and feeding habits. They had been spayed and had their nails clipped the day before and were ready for adoption. Because there were three, none were bonded (meaning two were very close and had to stay together), so I had my pick. After watching them, I picked the most timid - Joey - and decided to put a 24-hour hold on her. If she was being shy around someone new (but spunky, apparently, according to the workers), then we were two peas in a pod. The Humane Society workers gave me a book on rabbit care, set the hold, and I was on my way.


Everything worked out perfectly. A coworker of mine had an old dog cage she no longer needed (cage, check). At Meijer that night, I got talking to a woman in the pet section about her rabbits, and how they loved their salt wheel, bananas, hay, a certain kind of pellet, and all-natural popcorn (food, check). She pointed me to the bedding she bought for their litter box (because rabbits can be litter-trained!) and gave me a few pointers as to which herbs and veggies to buy. Then I went to Pet Supplies Plus and bought a few toys, pellets, and a water bottle (supplies, check). Before I knew it, it was noon on Friday and I was heading back to the Humane Society to adopt my bun. 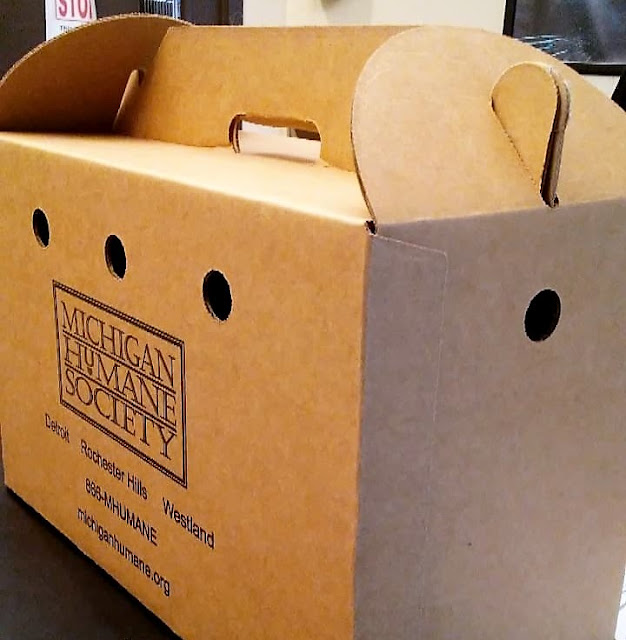 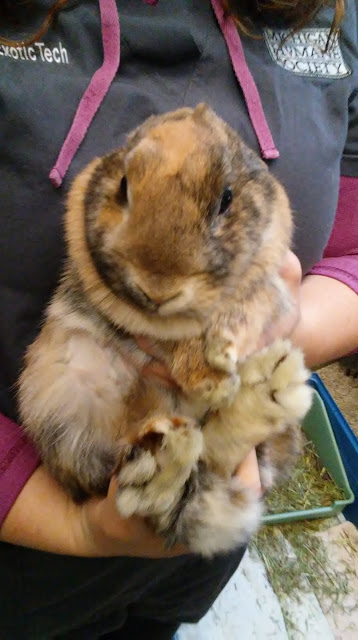 When I got there, there were dogs everywhere being treated, adopted, or surrendered. One had just had a surgery on his/her side and had to wear a giant cone on its head. Another ran around in circles while its owner filled out paperwork. There were two adorable French pugs staring at me while I filled out my paperwork and paid for my rabbit (it was a $60 adoption fee). Then the caretaker brought out a large cardboard box with Joey inside. As I finished filling it out, I saw her nose poke through the holes of the box. It was possibly the cutest thing I've ever seen. I was given a dose of medicine for Joey, a syringe to be injected directly into her mouth the following morning (she'd just been spayed) and finished the paperwork. We were off!

I rambled the entire way home. I wasn't sure if I was just excited or nervous or if I just wanted her to get used to my voice, but I felt like no harm could be done from just talking to her as I drove. When I finally unloaded the box from my car, I felt her hopping around as I made my way into my apartment. I let her hop around a bit before putting her into her cage (she peed on my when I picked her up...awesome) and reluctantly headed back to work (after changing pants). It felt like the quickest lunch hour I've ever taken! I couldn't wait to get home that night and spend some time with her. She was my bun. 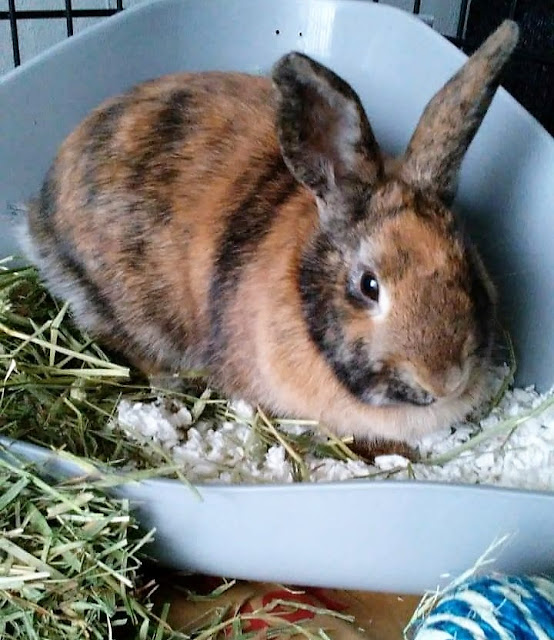 The rest of the weekend has been spent sitting on the floor in my apartment, watching her run circles around her makeshift pen and learning her feeding habits. I've only had her a few days and I've already learned so much! She doesn't like pellets, is sort of litter trained (we have some work to do, but its not a lost cause), and she doesn't like her water bottle. I looked into some online chat rooms that suggested smushing banana or orange onto the end of the water bottle to teach her how to use it, but after many failed attempts (she literally just licked the fruit off and didn't bite the spout), I've resorted to a water dish. I know there's going to be a lot to learn!

I did decide to rename her from 'Joey', a name that I don't think fits her. Instead, her name is Toulouse, after my favorite French artist. He was a bit of a scoundrel (fitting for my bun!) but his art was amazing. He mainly did the clubs and dance halls of Montmartre, even the Moulin Rouge. There was a poster in my French classroom in high school that even read, "You Can't Can Can If Your Shoe's Toulouse!" And I mean - taking a huge stretch here - bunny hops are kind of like the Can Can, right? 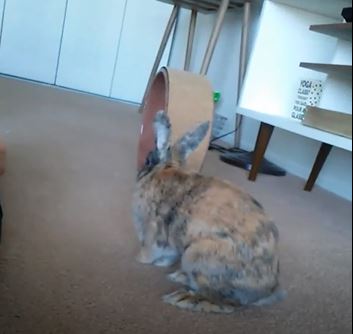 Anyway, watching this one hop around and having her there when I get home has been so wonderful. She's certainly got a little personality! I'm off to research litter training tricks, but I hope your week is off to a great start. I'll be posting about her on my IG story so feel free to check it out! @She_goes_simply
at January 20, 2019