Yoga as a Christian.

Yoga is not a religion.

Being “into yoga” does not automatically mean that you have a certain belief system. It doesn’t imply that you worship certain deities or follow Eastern philosophy to a ‘T’. It doesn’t mean that you have certain opinions and it certainly doesn’t mean that you are liberal or conservative. It simply means that there’s something about yoga that resonates with you and is time-worthy enough to keep you coming back for more. If anything, yoga is a science of how to integrate mind, body, and spirit. From physical postures (asana) to meditation to a clear and content mentality, there are so many ways that yoga can be interpreted. And just like other sciences, it can vary from person to person. As my yoga teacher has often said, “Take what you want, and leave what you don’t.” Yoga is what you need it to be; nothing else. 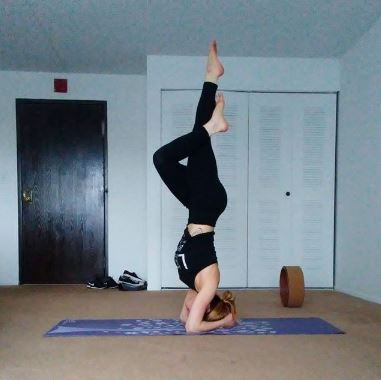 I’ve been wanting to write this post for some time now. Ever since I started my 200-hr Yoga Teacher Training I’ve been asked all kinds of questions regarding my opinion towards yogic philosophies. What do I think of them? What do I believe? How can I do (let alone teach) yoga if my religion doesn’t align with every aspect of them? While yes, some of the readings we’ve had in class haven’t resonated with me and have on occasion made me uncomfortable, it’s not enough to deter me from going. However I do enjoy meditation, just sitting with my eyes closed, focusing on my breathing rather than upcoming plans, what I need at the store, what that person said to me last week, etc.. And I thoroughly enjoy the physical practice, growing more flexible and stronger through different sequences and postures. I take what I need and leave what I don’t: its as simple as that.

As many of you know, I am a Christian. I grew up as part of the Lutheran Church-Missouri Synod, was confirmed in eighth grade, and have continued to practice throughout the years. I could type out the Apostles’ Creed to clarify if you aren’t sure what the LCMS believes, but I’ll just link you to it here instead. To summarize, it’s a fairly conservative branch of Christianity that requires belief in Christ and repentance of sins to one day join Him in heaven. That’s it. So you can imagine where questions have come up, given that yoga is both a physical and spiritual practice. For example, when we first started studying the philosophies behind yoga, we read the Bhagavad Gita, learning of the god Krishna, the concept of the Atman (the universal self), and even reincarnation (to name a few). These aren’t concepts that will come up in most standard yoga classes (think vinyasa, ashtanga), and certainly aren’t part of any LCMS beliefs. Unlike the standard flows in hour-long yoga classes, Kundalini and other types of yoga do however incorporate these principals. This stands to show that yoga can be so much more than just a physical practice. Yes, we meditate. Yes, we chant. 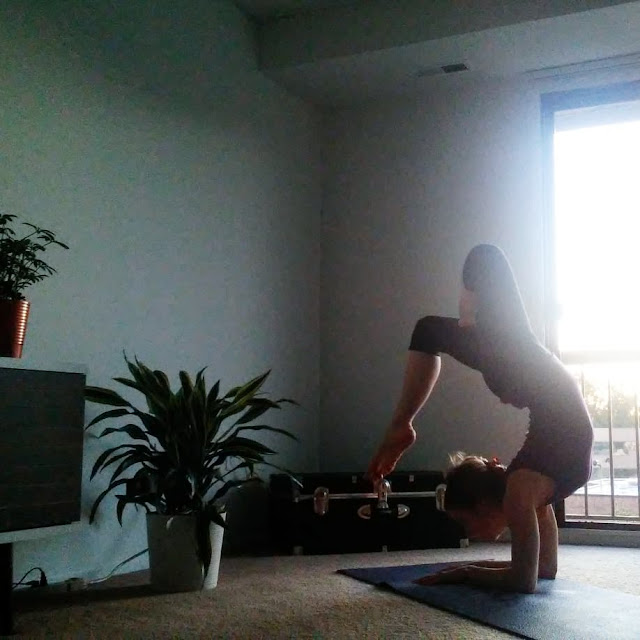 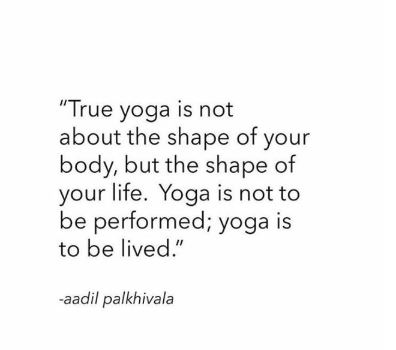 But these ‘spiritual elements’ of yoga can also go beyond the belief system. There’s a great deal of physiological activity in yoga, from stimulating certain chemicals in the brain to exploring different nerve clusters in the body. While the spiritual enthusiasts may discuss ‘higher beings’ or ‘the Universe’ bringing about changes in the body, others can simply acknowledge a chemical change in the brain due to either physical activity or mental focus. “Mudras” - shapes often made with the hands to ‘focus energy’ in the Chakras (energy centers) or bring about a certain mental/physical change - are one of those things that can be evaluated on a physiological level. For example, holding your hands in front of your heart, palms together and fingers facing upwards, is called Anjala Mudra, and literally means ‘to offer’ or ‘salutate’. In the spiritual side of yoga, it is offering the self to the ‘higher being’, or the ‘universal self’. In the physiological side of yoga, the nerve endings in your palms create a feeling of comfort, calm, and belonging when pressed together in Anjala Mudra. Likewise, certain chants in Kundalini have nothing to do with a higher being and more to do with recognizing the inner self, though many people think chanting is praising or worshipping a deity. For those who are wary of chanting, my yoga teacher advised us to just focus on how it makes us feel: certain words, hand motions, or rhythms can have a huge impact on mood. On the spiritual side, opening your arms wide and chanting ‘Sat Kartaar” means that ‘God is the Doer’ (we just need to follow His plan in our day-to-day lives and accept what is). But the very act of the chant boosts your mood whether you know what you’re saying or not: the tongue clicks against the roof of your mouth, your chest opens, and you thrust your arms outwards. Try it. As you say SAT, press your hands together in prayer at the center of the chest. Then say KAR, and extend your hands out from the shoulders, half-way towards being fully outstretched. Keep your fingers pointing straight up. Finally, say TAAR, and quickly fully extend your arms out to either side. Repeat over and over until it’s no longer a step-by-step motion and rather a flowing movement. I can’t do this more than four times without smiling! 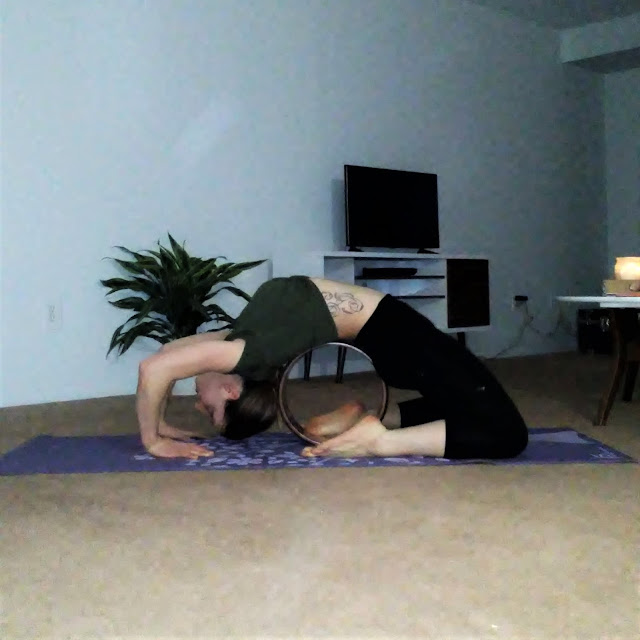 I could go on and on about the spiritual aspects of yoga and how I interpret them slightly differently as a Christian. I could talk about Reiki and crystals and vibrations, which yes have some truth to them but no, aren’t discussed in the Christian religion. Science has shown that different colors and scents have different effects on our brains. Think of how many fast food chains are red: believe it or not, it’s a color that has been shown to stimulate hunger. Or maybe you use essential oils: these also bring about a physiological response depending on which ones you use. So despite not buying into all aspects of it, I can understand how people find value in Reiki and fully believe in it.

Finally, I want to address the closing “Namaste”. I recently taught yoga to a group of eight-year-olds and one of them confidently announced that saying, “Namaste” means you are worshipping a god who isn’t Jesus. The truth is, it has nothing to do with gods at all. It actually means, “The light within me honors that light within you.” In simpler terms, “My soul honors your soul.” It’s a way the teacher thanks his/her students for coming to class. It’s a way the students show appreciation back for having just led the class. It’s just a simple way for a person or group of people to acknowledge and celebrate one another. Think of it as simply saying, “You rock” - “Hey, you rock, too”. 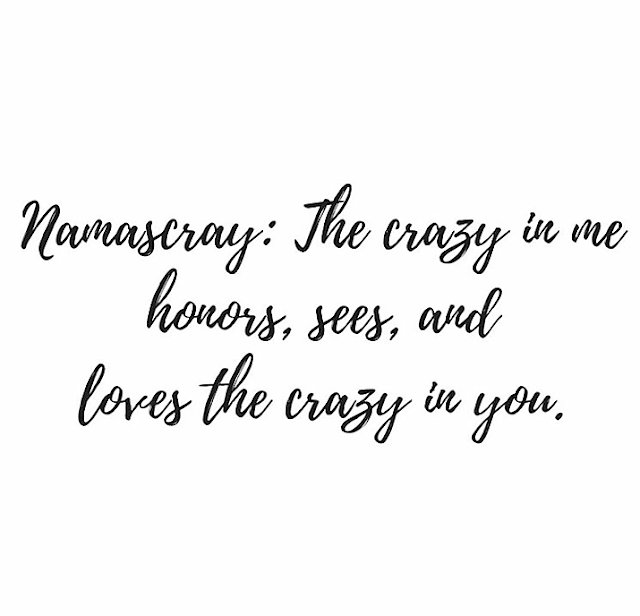 (source)
Yoga is not a one-thing-fits-all practice. I have a friend who only goes to hot yoga and that’s it. A woman in my Yoga Teacher Training prefers Kundalini over any other class. Another friend of mine only goes to Yin or Meditation classes and has been to several Reiki workshops. And then there’s me, who only used to go to Vinyasa classes at Lifetime Fitness because they made me sweat more than cardio on a machine. Yoga is highly subject to interpretation, but in the end it’s not a religion. Are there religious aspects in it, if you want there to be? Of course. But yoga is what happens in your mind, body, and soul when you’re on the mat. It’s also what gets taken with you off the mat and into your life. It stays between you, yourself, and you. A teacher may give you guidance on how to breathe or how to move, but they aren’t a preacher or pastor in any sense. They’re simply there to guide you through a flow, help you increase flexibility or strength (in the physical body), open up energy channels that may be blocked (on the spiritual side), and bring you to Savasana with a clear mind, renewed energy, and readiness to take on the rest of your day.

I am a Christian, and in a few months I will also be a Yoga Teacher. I have no desire to change my religion based on what I've learned in my training. I just plan to continue on with a curious mind and positive attitude. Does my religion hinder my ability to teach yoga? No way (come to my class next year, you'll see!). Should it hinder you from trying yoga? Absolutely not. Give it a try, and you just might find some things that resonate with you. Have a great weekend, everyone! Namaste.
at December 15, 2018