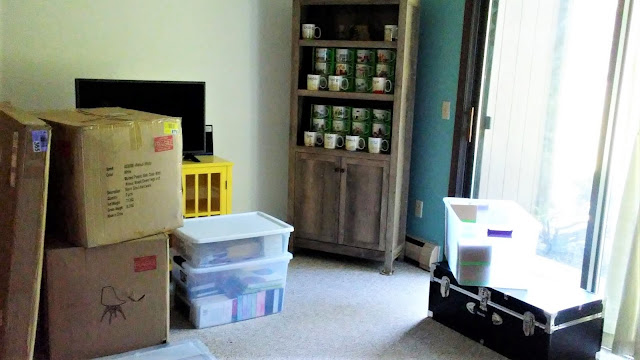 I'll be honest, I'm getting pretty excited. This past month and a half have been rather stressful knowing change is just around the corner. There have been so many possibilities coming in and out of my life ever since I found out that I wasn't accepted into the Navy's Officer program. And as someone who loves having a solid plan in place at all times, its been torture. So after some heavy debate and many hours spent poking around online, I've found a few apartments near my office and am finally getting ready to move. I'll even be meeting up with one of my oldest, closest friends this weekend to go on some tours!

I've spent the last 10 months working from home, and I think that more than anything I'm excited to be back in an office. I know there's this grand illusion that working remotely is the absolute best. And while I admit that yes, I really enjoy wearing comfy clothes all day and snacking without judgment and going to the gym on my lunch break, I would trade it for office life in a heartbeat. First, I have no pets. So while some people who work remotely enjoy it because they get to spend more time with their beloved companions, all I have is an annoying chipmunk and a stray cat who hang around my patio, so it's really not a benefit I enjoy. Second, when you live in a town as small and isolated as mine, there's not much to do outside of the apartment after working hours. The only entertainment in town is occasional live music (occasional = only on the weekends, only from May-August), so unless you're into going to bars every night for fun and listening to old guys play guitars, you'll probably never leave your apartment. As you can imagine, I'm basically going stir-crazy. Third, and probably most un-enjoyable of all, working from home can get pretty lonely. Now I'm not sitting here sobbing all day or anything, but imagine being alone in your apartment for 9-10 hours a day, possibly all evening as well, with the only face-to-face interaction you have during the day being with the old lady you say hi to at the gym. I mean I have friends here, but two of my best just moved to Iowa and the others go to work just as my work day wraps up. I think I'm starting to hear voices. 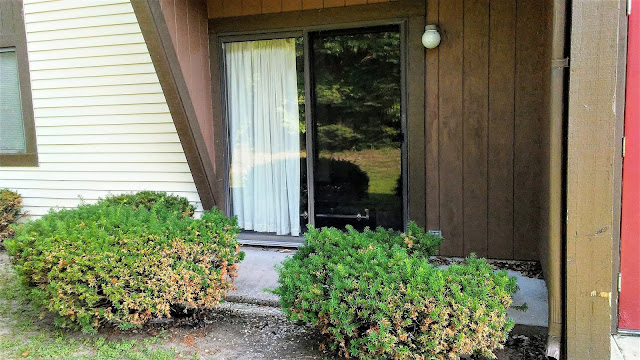 Ok so not really. But really, it's time to move.

There are so many things I'm looking forward to in addition to actually working in the office. It's been kind of fun looking at different apartments, trying to decide where I want to live, knowing I could pick pretty much anywhere as long as the commute to work won't make me want to rip my hair out. This is the same office where I used to work prior to moving up to the middle of nowhere, so I'm fairly familiar with the area. It makes things like knowing good and bad areas, busiest roads, etc. so much easier. When I used to work in-office, my apartment was 30 minutes away not in rush-hour. I had been working elsewhere when I found this job, and since I couldn't break my apartment lease, I was stuck in traffic for an hour and a half....each way. Every day. (Part of the appeal of living in a small town - I could walk everywhere!) So in hunting for a new apartment, I'm aiming for the shortest commute possible. One of the places I'll be touring this weekend is literally seven minutes away. Seven. Even with rush-hour traffic, that is 1000% better than it was before. 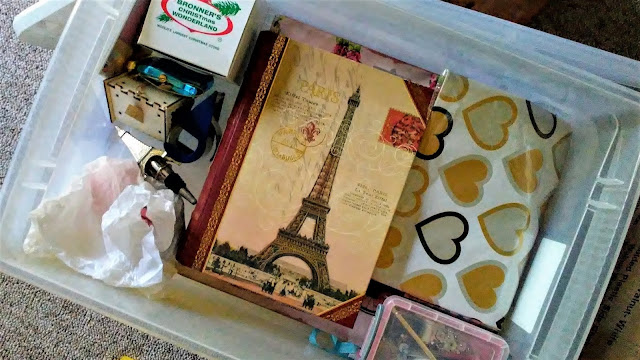 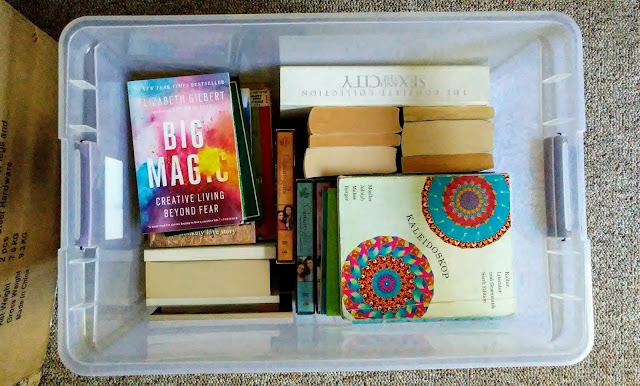 I also won't have to drive 45 minutes to the nearest normal grocery store, which is so, so exciting for someone who loves fresh produce. Yes, my town has a grocery store. But because it's a 'tourist town' and they know people will buy hamburger buns whether they're $1.00 or $4.99, they charge $4.99. Organic anything is three times as much as it is at Meijer. There's no bulk foods. A canteloupe that costs $2.00 at a normal store costs $3.99 at our store. Even a lousy box of cereal is at least double. And forget finding kombucha. So yes, once a week I load my Coleman cooler into the backseat of my car and drive 45 minutes (both ways) to Sault Ste. Marie for a normal grocery shopping experience. Fortunately, there are some unique cafes and restaurants there, a TJ Maxx (hallelujah!), a Walmart, a Big Lots, and a few other normal stores. I tend to make an evening of it, or ideally spend the better part of a Saturday there before returning home to another week in my apartment. Just around the corner from the apartments I'm looking at this weekend is a Trader Joe's (squeeeeeeee!) and a Meijer. There's an Aldi not far off. And Whole Foods is only 4 miles away. I dont know what's going to happen first: I get really fat or I go totally broke (haha).

And then family. I won't always admit it, but it does kind of stink to be four hours away from my parents, my sister and brother, and their families (my other brother is in Missouri...still super far, but I'll be four hours closer). It's especially hard when events happen like holiday get-togethers or an aunt's birthday or something, which I've done extremely quick trips for in the past. But with my car being 10 years old (and it showing), driving 500+ miles between Friday night and Sunday evening just isn't a smart idea. Sure, sometimes these get-togethers are tricky or awkward being vegan when no one else is, but its still family, and I still do enjoy getting to see them. (Especially my nieces and nephews!) I also think it'll give me piece of mind to be closer for any emergencies that might (hopefully not) happen, too. I'll never forget being out at school in Minnesota, checking my phone at work one day, and my mom having texted me that one of my grandfathers had just had a stroke and was in the hospital. I felt so helpless being 980 miles away, unable to be with family while something so heavy was happening. So...definitely looking forward to being less than an hour away from them in just a few weeks! 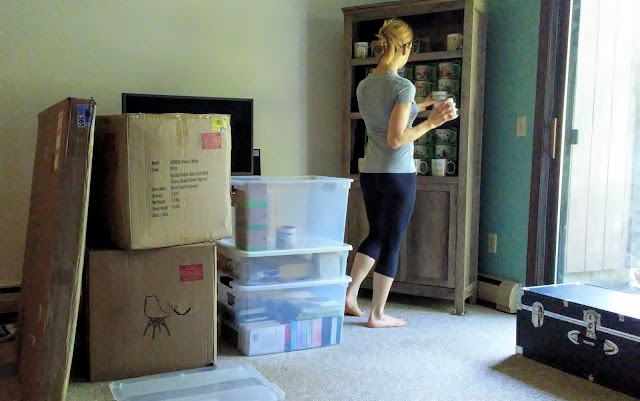 Moving is going to be such a freeing thing. There are so many things I want to do in the next few months, from joining a yoga class and trying more vegan recipes to exploring more local spots and writing more. Moving into a bigger city will certainly allow me to do that, with the added bonus of having friends, coworkers, and family to do it with (coworkers: if you're reading this, you bet I'm dragging you to yoga one day soon!!!) There's even a spot right near my office called The Yoga Shelter that has normal and Aerial Silks classes. Woo!

Labor Day weekend might not be the best time to move, but it's comforting having that extra day off work to get moved and settled into my new apartment. I can't wait for this coming weekend to go look at a few different places (though I feel I've already settled on one), and it's going to be great to have an old friend with me to do so. Angela and I have known each other since fifth grade, when she moved from New York to our town in Michigan. We've kept in touch ever since elementary school; me visiting her a few times on my drive home from Minnesota during college, and her inviting me down to be a bridesmaid in her wedding. And so here we are 13 (or is it 14?) years later, giddy about a sleepover weekend, even as adults. She's coming up from Ohio, where I last saw her for her wedding - two years ago!!! - and we're going to just enjoy our weekend together, pop around a few apartments, do some yoga, and hit up Trader Joe's. The countdown is on!

If you have any moving tips or things you'd go back and tell yourself when apartment hunting, please let me know! I personally have already made a note to make sure the U-Haul door is firmly closed and secured tightly. On my last move, my mom and I may have overlooked this, resulting in the door flying open on our way from my apartment to the freeway and losing some of my things. Several hours of high stress ensued, with us searching for my laptop and personal documents, which were in a bag tucked into my Coleman cooler (which had flown out onto the road). So much whoops....definitely not going to let that happen again!

So yes, I'd love to hear any advice you have, useful tips/tricks/etc., or things to look out for. I'll be posting updates as they come, so stay tuned!

PS: My friend Angela also has a blog where she shares about her love of plants, life on a Keto diet, and PCOS. Check it out here and show her some love!
at August 14, 2018